We currently measure stable isotopes in Fe, Mo and Cu to understand environments with different redox and paleoredox conditions, weathering processes and provenance of ores and artifacts. We use either standard-sample-standard bracketing or double spike methods. Not a transition metal, 238U/235U is also measured.

The U-series decay chain can be used for the accurate dating of carbonates.   We employ ion-exchange column chemistry to separate U and Th isotopes in fossil corals and speleothems.   Accurate and precise ages can be routinely determined on 100 to 400 mg sample sizes on specimens containing 0.2 to 4 ppm U.  Isotopic ratios measurements in separated U and Th fractions are made in peak jumping mode with a secondary electron multiplier, fitted behind a retarding potential quadrupole (RPD).  Calibrated 233U and 229Th enriched solutions are available for sample spiking and several Certified Reference Materials  (CRM U010, CRM 112-A, CRM129-A, IRM 3636a) are available for cross calibration of U isotopic ratios and concentrations.  Current studies are focused on U-series dating of fossil corals for reconstructing past sea level and for calibration of the radiocarbon (14C) time scale and the dating of speleothems for generating high resolution tropical paleoclimate records. 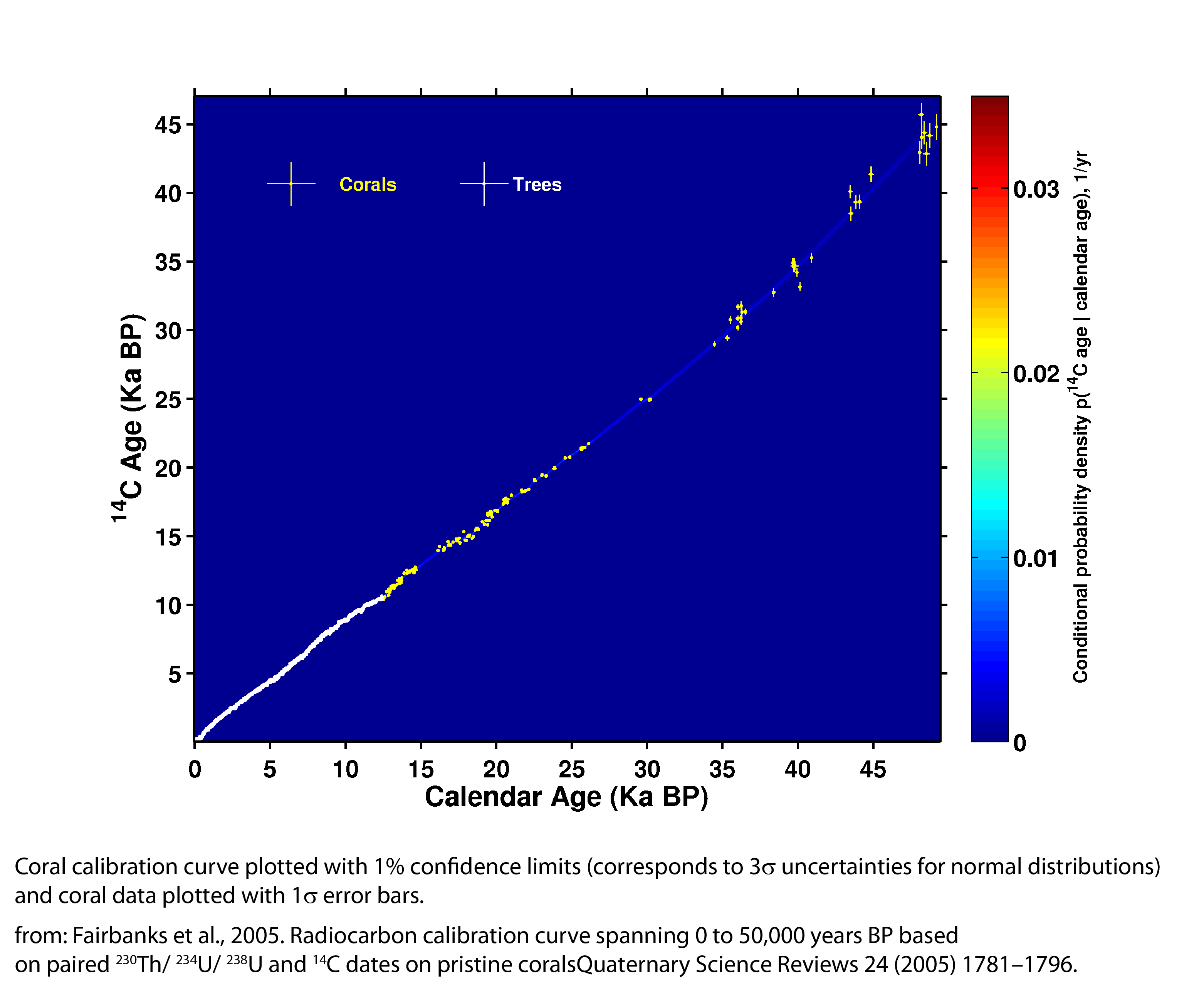 Aqueous Geochemistry using Li, Sr, B and U Isotopes

Surface and groundwater are analysed for Sr, Li, B and U isotopes to characterize flow paths and water-rock interactions. Strontium is a useful, generally conservative, tracer which captures the isotopic fingerprint of the rocks through which the water has flowed. The isotopic composition of lithium on the other hand, evolves as secondary minerals sequester Li, a process which can strongly discriminate between its two isotopes. Boron isotopes are sensitive to the dissolution of evaporites and involvement of seawater and marine carbonate. Uranium isotopes in groundwater reflect weathering processes, and can also be used to distinguish flow paths. Current studies in Chile and Argentina also make use of chemical sediments, specifically carbonates and evaporites, to understand how the hydrologic cycle varied in the past under different climate and tectonic regimes. Lithium is run using the sample-standard bracketing technique following quantitative separation of Li. Each run includes the Li standard IRMM016, an ICP standard with high δ7Li and one or more of either seawater, JB2 or JG2. δ11B is measured by the microsublimation method. Water samples are typically run in duplicate and a seawater sample is included. Samples are run standard-sample-standard bracketing using NIST 951. Standards AE 120 and AE122 are included within each run. δ234U is determined on samples which are co-precipitated with iron following addition of calibrated 233U spike following methods employed on carbonate samples. 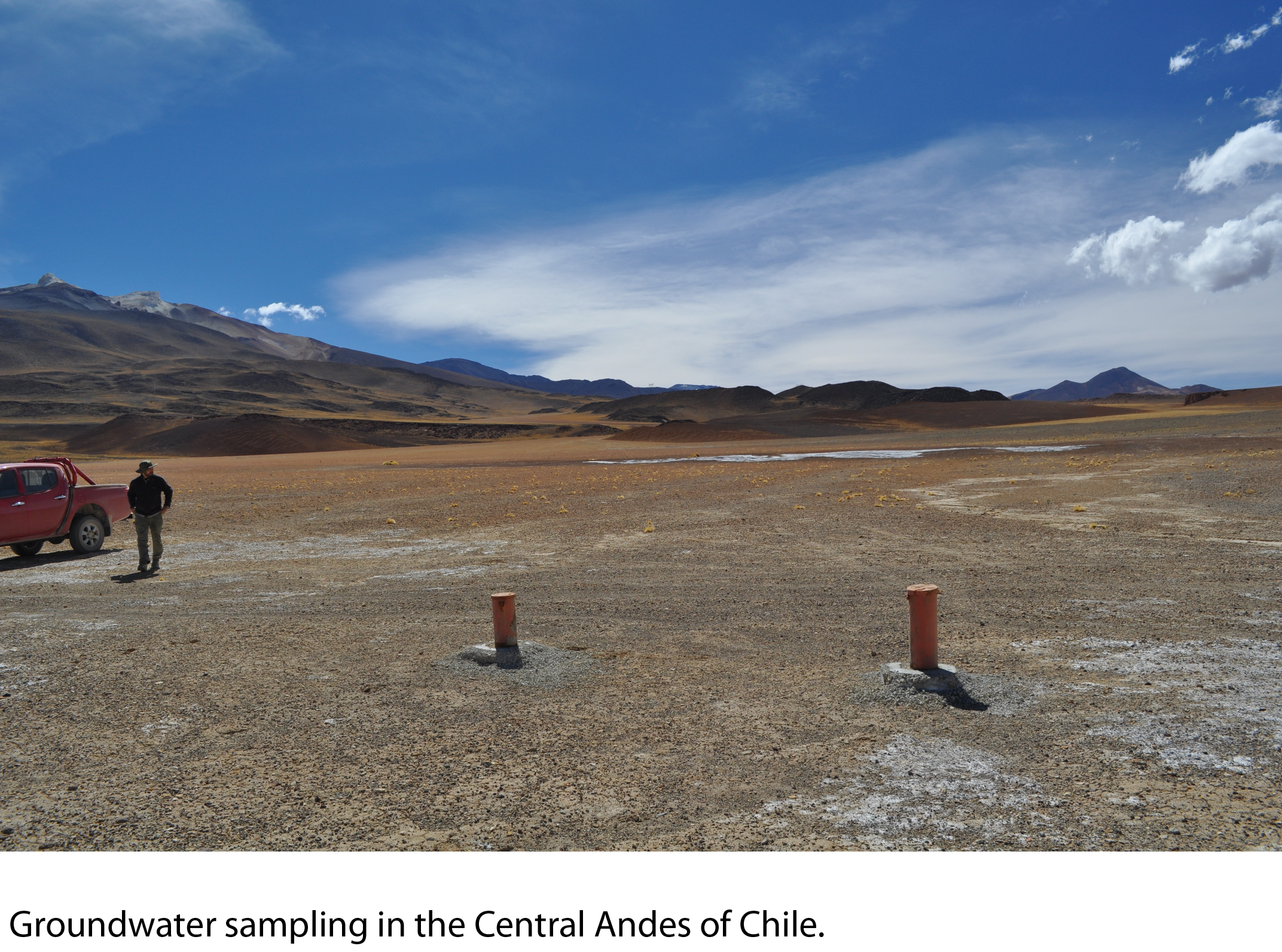 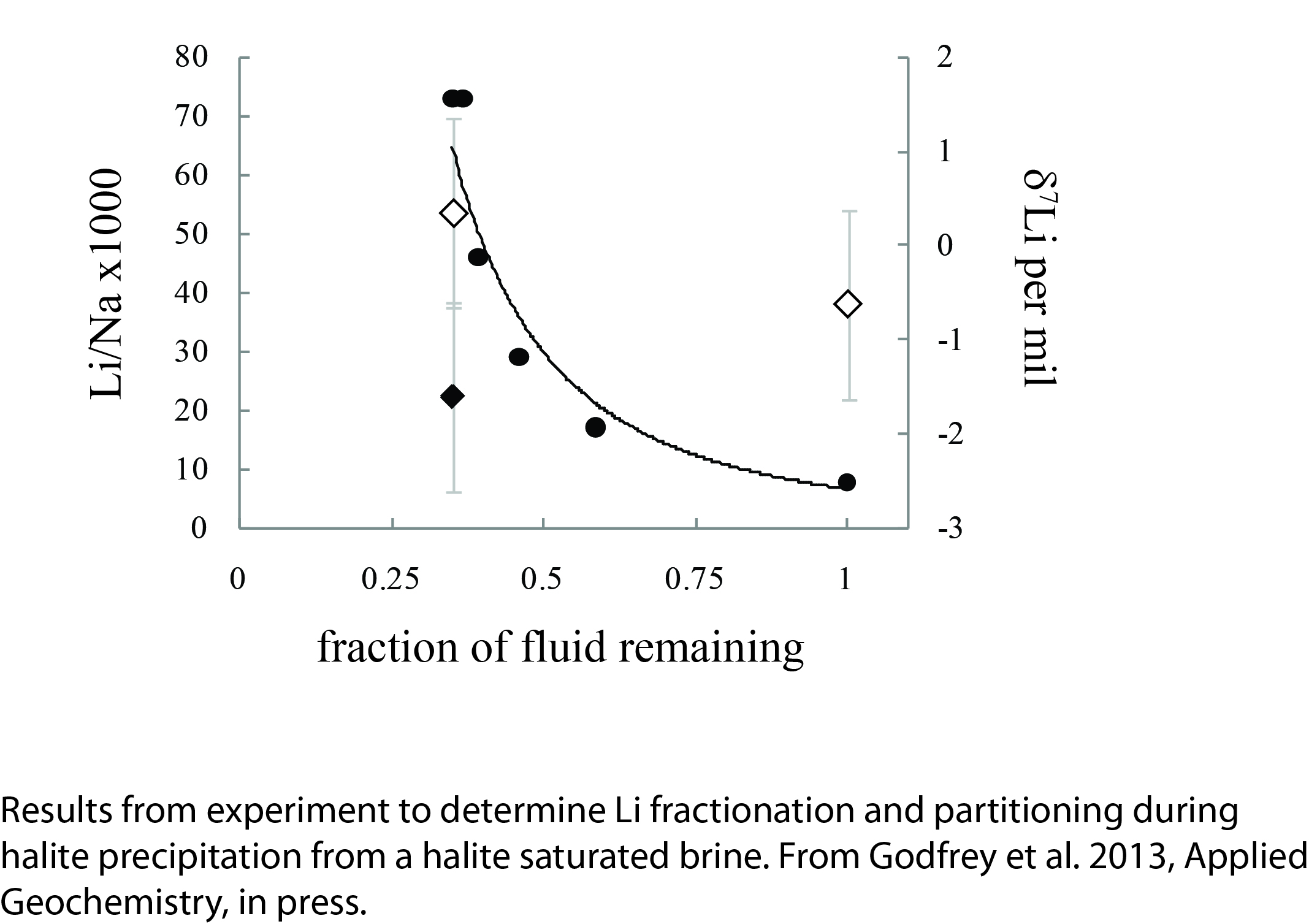 The radiogenic isotope systems of Sr, Nd and Pb are used to determine mantle source regions and crustal assimilation in volcanic rocks. Areas currently under investigation in EPS include the East African Rift, the Central American Arc and the Galapagos Archipelago. In the East African Rift, rifting and associated volcanism have been modeled as an active rift where the continental lithosphere is broken by a hot, buoyant plume rising through the mantle, and forcing the lithosphere to dome upwards. During rifting, continental lithosphere undergoes substantial modification. Mantle plumes can strongly influence the chemical composition of the lavas erupted. Geochemical heterogeneity can either be introduced by distinct source reservoirs in the deep mantle, continental lithosphere and/or lower crust. Radiogenic isotopes (e.g. Sr, Nd, Pb) are used to probe the nature of the mantle source regions underlying the African Rift as well as the thermal structure of the associated lithosphere. Strontium, neodymium and lead are separated from rock matrices. Recognized standards (NBS 987, ShinEtsu, NBS 981) are included in each batch of samples. Instrumental mass fractionation for lead is corrected by doping with thallium.