Geology of the Newark Rift Basin 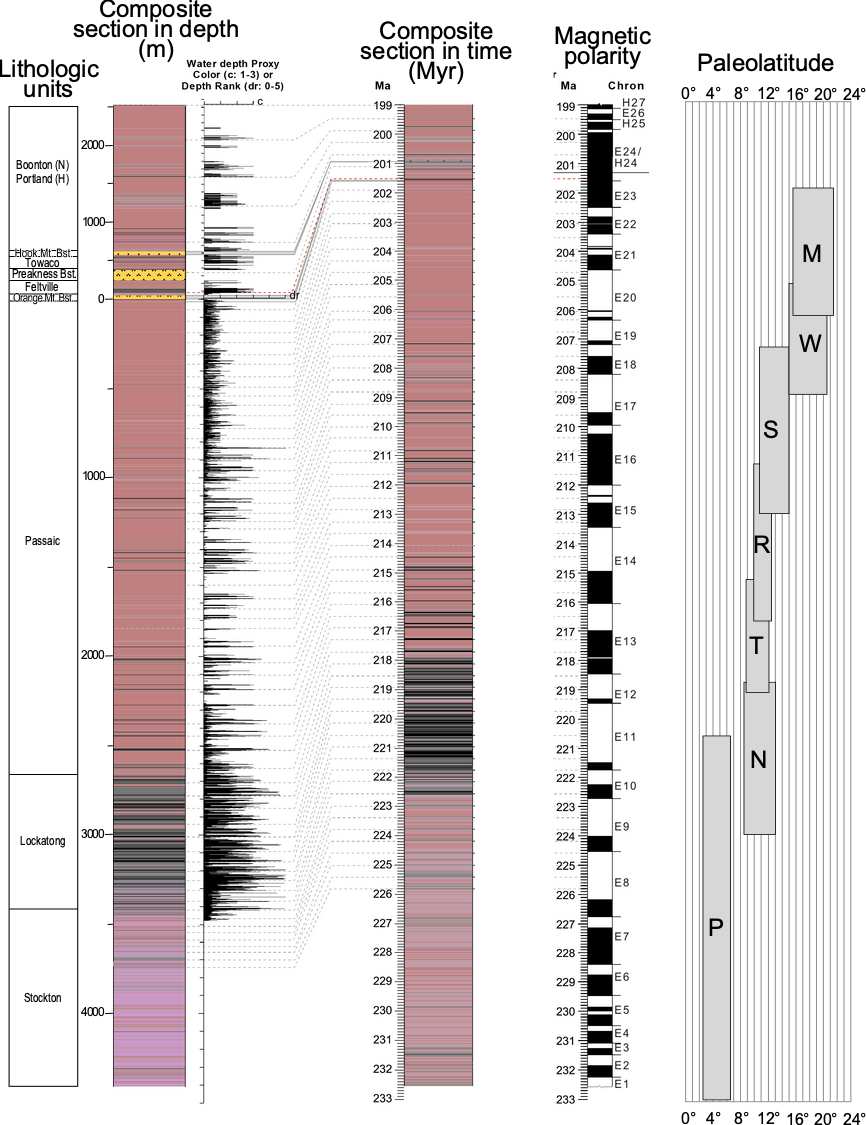 Composite section of Newark basin strata (plus the youngest unit present in the Hartford basin) shown in depth and time along with magnetic polarity and paleolatitude. The section in depth (derived from NBCP, ACE, and Hartford-basin cores) is converted to time (age) using the lacustrine cycles, mainly the number of 400,000-year-compound cycle tied to an isotopic date (~202) for the oldest lava flow. Note that the Newark basin section represents >30 million years. Because it lacks cyclical lacustrine strata, the age of the middle and lower Stockton Formation is based on extrapolation. The magnetic-reversal stratigraphy is shown at center right (black is normal polarity). In addition to providing a magnetic reversal stratigraphy, paleomagnetism also indicates the paleolatitude of a rock at the time the magnetization was acquired (corrected for compaction). This is because the orientation of the Earth's magnetic field varies with latitude. The oldest strata in the Newark basin accumulated when the basin was located ~5° north of the equator, whereas the youngest strata accumulated when the basin was located ~18° north of the equator. This change represents the northern component of the drift of the supercontinent of Pangea. From Kent et al. (2017) and Kent & Tauxe (2005).