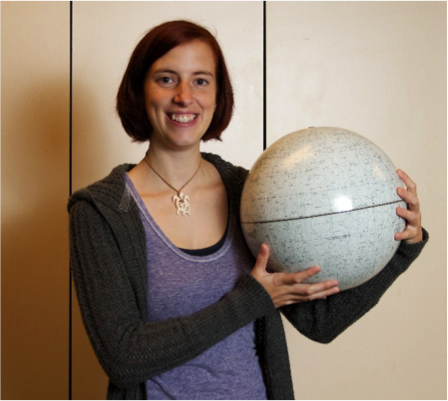 Juliane is a NASA Early Career Fellow and joins us from the American Museum of Natural History in New York City after spending 3 years there as a Research Scientist and prior to that, 2 years in the Lunar and Planetary Institute in Houston as a Postdoc Research Fellow. Juliane received her Ph.D. with distinction in 2009 in Experimental Petrology at the Ruhr-University Bochum in Germany.

Juliane will help develop a stronger planetary science program at Rutgers. Field work might be a little difficult, but look out for the new classes to be taught by Professor Gross, new research directions to explore, and new collaborations to forge in the coming years!