EPS welcomes Dr. Jill VanTongeren, as the department's newest faculty member!  Jill's office is not ready, her lab is not ready, but we are! And we are glad to have her on board.  Jill comes to us following a two year prestigious Bateman Postdoctoral Fellow in the Department of Geology and Geophysics at Yale University.  Jill received her Ph.D. with distinction in 2011 in Earth and Environmental Sciences at Columbia University and Lamont-Doherty Earth Observatory. She also received her M.A. (2007) and M. Phil (2010) at Columbia, and a B.S. with high honors in Geological Sciences in 2004 from University of Michigan, Ann Arbor.

Jill’s research centers on the geochemical and thermal evolution of large magma chambers, and has primarily focused on the Upper Zone of the Bushveld Complex of South Africa.  The Bushveld Complex is the world’s largest layered mafic intrusion and is one of the world’s largest sources of precious metals.  The Upper Zone is thought to represent the final pulse of magma into the Bushveld, and is ideal for investigating the effects of heat loss and extreme differentiation of large magma bodies.

Jill joins the department's Petrology and Geochemistry group, and will be spending this Fall getting settled in, her lab is currently being built.  We look forward to her adding new research directions and opportunities for our students!

How about joining Jill and these children on a field trip to South Africa?!

The Award will be presented at the Division Business Meeting and Awards Ceremony at the Annual Meeting of the Geological Society of America.

Dennis Kent elected to American Academy of Arts and Sciences

Earth and Planetary Sciences Professor Dennis V. Kent along with Physics professors Eva Y. Andrei and Alexander B. Zamolodchikov have been elected to membership in the American Academy of Arts and Sciences, one of the nation's most prestigious honorary societies and a leading center for independent policy research.

Rutgers scientists elected to American Academy of Arts and Sciences

NEW BRUNSWICK, N.J. – Rutgers University scientists Eva Y. Andrei, Dennis V. Kent and Alexander B. Zamolodchikov have been elected to membership in the American Academy of Arts and Sciences, one of the nation's most prestigious honorary societies and a leading center for independent policy research.

Andrei studies the electronic properties of graphene, a one-atom thick membrane of crystalline carbon with extraordinary electronic properties that could one day be at the heart of speedy and powerful electronic devices. In 2009, the journal Science cited her findings in its list of the year's 10 groundbreaking scientific achievements. She is a fellow of the American Association for the Advancement of Science and the American Physical Society. She holds the Medal of Physics from CEA, a French government research organization. In 2010, she received the Rutgers Board of Trustees award for Excellence in Research.

Kent is an internationally recognized authority on Earth magnetism. His research focuses on magnetic events such as polarity reversals preserved in rocks. He also studies paleoclimatology and advocates the theory that a comet striking the Earth 55 million years ago triggered the last great greenhouse-induced episode of global warming. According to the ScienceWatch analysis service, Kent is one of the world's most highly cited earth scientists. He is a member of the National Academy of Sciences and a fellow of the Geological Society of America, the American Geophysical Union and the American Association for the Advancement of Science.

Zamolodchikov creates mathematical models that describe two major endeavors of modern physics: condensed matter physics and string theory. The first explores the fundamental properties of materials. The second aims to provide a unified understanding of the basic forces and fundamental particles in nature, including gravity, electromagnetism and forces responsible for the stability and decay of atomic nuclei. He has authored several classic papers in mathematical physics, and has been awarded the Dannie Heineman prize, the Onsager prize and the Dirac medal. He is a co-founder of Rutgers New High Energy Theory Center, an internationally recognized group in the development and exploration of string theory.

The three Rutgers scientists are among 220 scholars, scientists, writers, artists, civic, corporate and philanthropic leaders selected to join the academy this year. Members contribute to academy studies of science and technology policy, global security, social policy and American institutions, the humanities and education.

"Election to the academy is both an honor for extraordinary accomplishment and a call to serve," said Academy President Leslie C. Berlowitz. "We look forward to drawing on the knowledge and expertise of these distinguished men and women to advance solutions to the pressing policy challenges of the day."

With these three new appointments, 21 Rutgers faculty are members of the academy. The new class will be inducted at a ceremony on Oct. 6 at the academy's headquarters in Cambridge, Mass.

Since its founding in 1780 by John Adams, James Bowdoin, John Hancock and other scholar-patriots, the academy has elected leading "thinkers and doers" from each generation, including George Washington and Benjamin Franklin in the 18th century, Daniel Webster and Ralph Waldo Emerson in the 19th, and Albert Einstein and Winston Churchill in the 20th. The current membership includes more than 250 Nobel Laureates and more than 60 Pulitzer Prize winners.

Congratulations to Ken Miller and Dennis Kent who have been awarded a 3-year NSF continuation grant for the Core Repository !  OCE-1154379: Renewal of Curation of ODP Legs 150X and 174AX cores: The Rutgers Core Repository.

Congratulations to EPS undergraduate student Helen Janiszewski who has been awarded a 3-year Graduate Research Fellowship from the National Science Foundation.  Helen graduates from Rutgers this Spring with majors in both Geological Sciences and Physics, with dual minors in Math and Russian Studies.  Helen has already been accepted for graduate studies in the field of solid earth geophysics at Caltech, Columbia, MIT, University of Washington and University of Southern California, and after a series of visits has decided on Columbia University. Congratulations and best of luck to Helen as she starts the next stage of her academic career 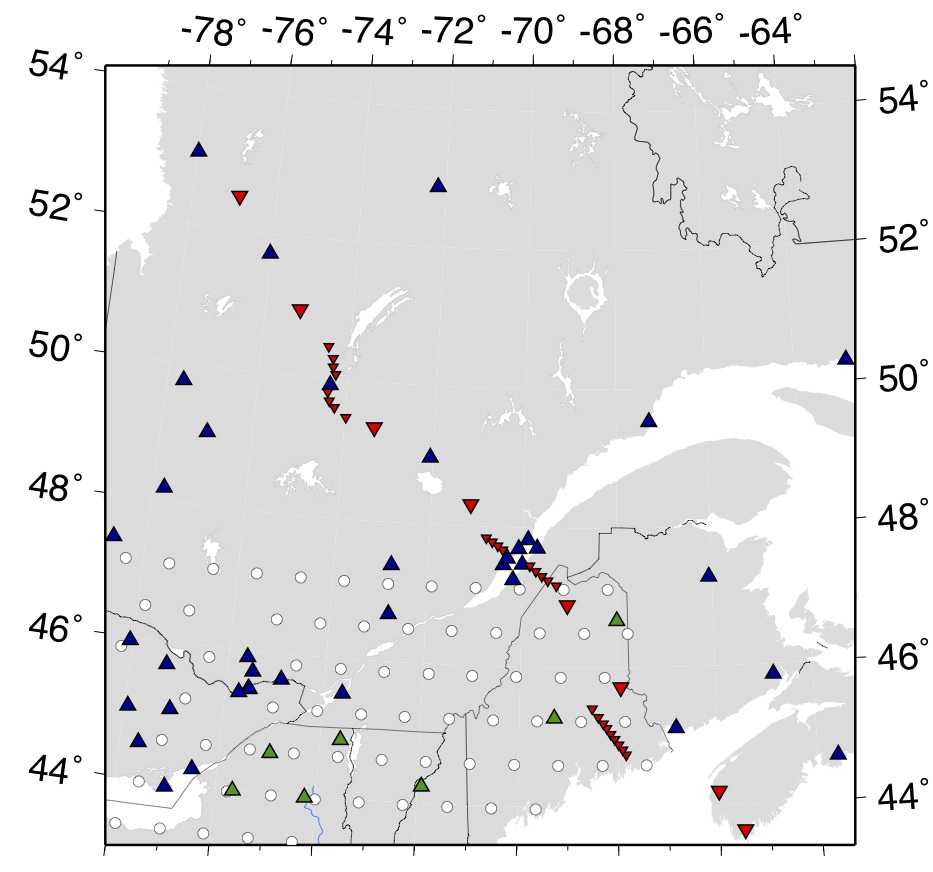 NSF Earthscope (www.earthscope.org) has awarded ~$290k to Rutgers for a program of seismological studies of the continental lithosphere in Maine and Quebec. Vadim Levin will carry out the project in collaboration with William Menke of Columbia University. The key aspect of the work will be the collection of new seismological observations along a 1000 km line stretching from Nova Scotia to the shore of the Hudson Bay" 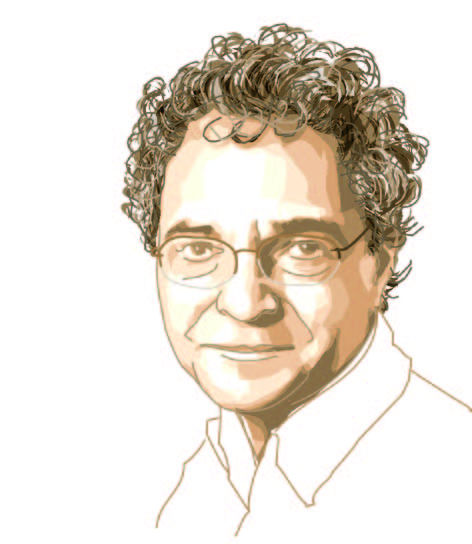 ... who has been awarded a $1000 Aresty grant for participating at to the Lunar and Planetary Science Conference (LPSC) in Houston and for her continued work time on the microprobe! Poorna also received an additional $1400 from the YSS Undergraduate Research Conference (with LPSC) for the conference, where she will be 1 of 21 undergraduates to present asoects of their research.

To top it off, Poorna has been accepted as an intern for 10 weeks this summer at the Lunar and Planetary Institute (LPI) in Houston.  LPI is paying her transportation as well as a stipend of $5000.  As an intern, Poorna will be working one-on-one with either a PI at either LPI or NASA Johnson Space Center on a research project of current interest in lunar and planetary science. She will be participating in peer-reviewed research, learn from top-notch planetary scientists, and preview various careers in science. This internship is highly competitive and will serve Poorna well as she looks toward begiing graduate studies Fall, 2012.

...who have been awarded a 3-year National Science Foundation continuation grant for the Core Repository: OCE-1154379: Renewal of Curation of ODP Legs 150X and 174AX cores: The Rutgers Core Repository.