EPS at the forefront of astrobiology with ~$6M NASA grant 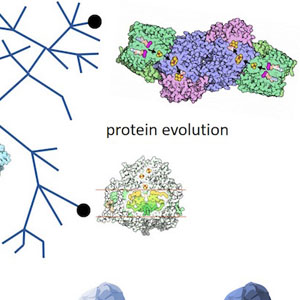 How did life commence on the early Earth, and where else might it have developed in our universe? These are the fundamental questions being addressed by a team of researchers spanning the Department of Earth and Planetary Sciences and others here at Rutgers University. The science team, entitled "ENIGMA" for Evolution of Nanomachines in Geospheres and Microbial Ancestors is exploring these questions with support from a highly competitive ~$6M grant from the NASA Astrobiology Institute.

This NAI team will explore catalysis of electron transfer reactions by prebiotic peptides to microbial ancestral enzymes to modern nanomachines, integrated over four and a half billion years of Earth’s changing geosphere. Theme 1 focuses on the synthesis and function of the earliest peptides capable of moving electrons on Earth and other planetary bodies. Theme 2 focuses on the evolutionary history of “motifs” in extant protein structures. Theme 3 focuses on how proteins and the geosphere co-evolved through geologic time.

For more information and to learn about opportunities to get involved, check out the ENIGMA webpage at https://enigma.rutgers.edu/