A regional unconformity (Owens & Gohn, 1985) separates the Potomac Formation from the Raritan and Bass River Formations (Cenomanian-lower Turonian). This unconformity represents a shift from predominantly terrestrial sediments to marine sediments but with evidence for the nearby presence of a delta. The Raritan is found up dip and the Bass River clay is found in down dip boreholes. The Bass River Formation contains abundant marine fossils which distinguishes it from the Raritan. The Woodbridge Clay was extensively mined up until the late 20th century and used in brickmaking and pottery. 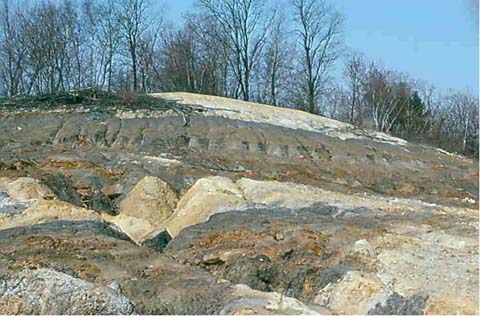